As a result of a growing Latin American middle class, over 60% of the Latin American economy is based in the services industry within that, about half is local, unaffiliated hotels.

Due to global sporting events like the World Cup and the 2016 Olympics, Brazil has reached record occupancy rates and this has triggered huge investments in other Latin American countries. As a result, there is now a huge oversupply in hotel rooms all over Latin America that is projected to outpace demand until 2022! 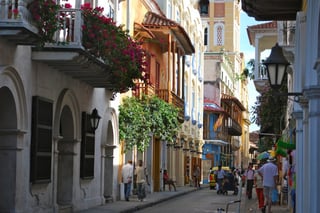 Rooms2Night (R2N), a mobile hotel-booking app, was founded to connect these two phenomena. R2N illuminates local, independent hotels across Latin America, some of which previously did not have a web presence at all. R2N enables international travelers to pre-book inexpensive hotels and hostels providing a sense of security and allowing local travelers to find last minute hotels for weekend getaways. Exploring new countries with Latin American hospitality start up, R2N, has the ability to revolutionize the young traveler's experience!

“Initially, the greatest challenge was convincing some hoteliers that online presence is necessary for them to maintain a consistent high occupancy rate and avoid being overshadowed by the inevitably growing number of conventional hotel brands in Latin America.” –Anemone, the founder of Rooms2Night.

R2N has been launched in Ecuador, Peru, Costa Rica, and Guatemala. Thus far, they have received great feedback along with exceptional acceptance rates by the hoteliers. R2N is still in the Beta Testing phase and nowhere near where Anemone envisions it going yet! Rooms2night has started its first seed fundraising round and is looking for investments at the moment so expect these guys to really take off!

What does this mean for you, young traveler? Check them out! Latin America has some of the best, most underrated places to go explore! R2N makes it wildly easy to find the perfect place to crash and in doing so, you can help a local small LatAm business business thrive in an increasingly difficult hospitality market!