The Necessity of Foreign Language in Cultural Understanding 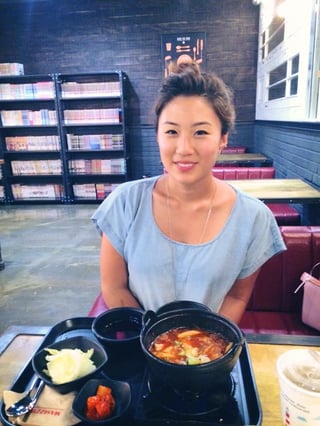 We have the distinct pleasure of welcoming our first guest blogger to the site! Faith Whang is an American who speaks both Spanish and Portuguese. In addition to being an overall fantastic human being, she is an articulate, intelligent well-traveled young woman with some key insights into the necessity of foreign language in cultural understanding.  Faith writes:

I was a Latin American studies major in college so it was no surprise when I decided to study abroad in Florianopolis, Brazil for five months and teach English in Costa Rica for a month. More recently I had the opportunity to go to Mexico for a couple of days on a business trip as well. What I’ve learned from my travel so far is that there are three ways to understand a country: language, food and dance. But, if you’re a terrible dancer and you can’t order food or ask what’s in it, you’re shit out of luck and language is your only option. Food and dance are both limited, just like how pictures are limited in how they capture the essence of a place and moment. But language on the other hand is like an infinite amount of little bricks that you can build into bridges and doors that can take you anywhere and show you everything.

I’ll give you an example. In Brazilian Portuguese there are so many little phrases and girias (slang) that you’ll hear people say over and over again like “fique à vontade,” which has no literal English translation but has the feeling of something like “make yourself at home.” It’s what all Brazilians will say to you when you enter their house or enter a store and look around. It’s an invitation to relax and enjoy. What’s mine is yours. It really sums up how Brazilians treat each other and guests for the most part. They are warm, friendly, and while most U.S. citizens might see it as forward, after living there and talking to these people, it’s just a part of life.

Once you understand these little phrases and start incorporating them into your vocabulary, you actually start to feel a connection with the people around you. When you chip away at that distance with the smallest words and phrases, you start to realize the only thing holding you back from making friends with people just like you was the inability to say hello.

In Costa Rica I had a slightly different experience. My Spanish was very rusty by the time I got there and was afraid to speak for the first 2 days. I quickly realized that my students (6-8 year olds and 40-50 year olds) couldn’t understand me if I didn’t speak Spanish. I technically wasn’t allowed to speak Spanish with them since it was supposed to be an “immersion class” but since they all had zero English skills, there was no way I could communicate with them without Spanish. But more than that, they couldn’t see me as a friend without it. If I just spoke English, they would’ve seen me as nothing more than the millions of gringo tourists that pour into Costa Rica every year. I realized the only thing holding me back from having the best time of my life (it really was) was the fear of speaking a language that I wasn’t completely confident in. So, I bit the bullet, I made mistakes, but I also learned. By the end of week two my Spanish was better than it had ever been in my life and we had actually formed a family of friends while there. They invited us to their houses for dinner, we went on picnics, played soccer on the beach, went surfing, fried pork on the beach at midnight, danced till 3am at the discoteca and ate pizza after until we were too full to do anything but sleep. I could go on, but the bottom line is I never would’ve had those experiences if I hadn’t been the one to say “hola” first.

After making the leap, a whole world was opened up before me. Ticos are hands down the most wonderful people I’ve ever met and many people will say the same. In Costa Rica they have a saying: pura vida (pure life). Gringos who visit Costa Rica love to shout it while obnoxiously doing the ‘surfs up’ hand gesture because it’s the only thing they know how to say. But if you spent time with Ticos, you realize it’s more than a greeting. It can be pura vida (hello), pura vida (bye), pura vida (thanks), pura vida? (what’s up), pura vida (everything’s great, thanks), pura vida (adjective for something that’s great), pura vida (adverb for something done well). Once you realize the different ways it’s used, the Tico culture itself starts to make sense: their warm welcoming of strangers, their pure and clean way of living, their appreciation of the beautiful nature around them and their attention to life and friendship over pettiness and materialism.

Lastly, I recently went to Mexico on a three day business trip. I went with two bosses who didn’t speak Spanish and we met up with our colleague who works out of the office there. Being able to speak Spanish helped me get my bosses taxis, order food and check into their hotels. But more importantly, I actually got to drink it all in for the short time I was there. I could order a horchata and talk to the facility workers in the hotel instead of avoiding eye contact and awkwardly pointing to things that I wanted.

While I was leaving the hotel, I was walking up a bunch of stairs with my luggage and an adorable older man stopped me and carried my bags all the way up. He was surprised to hear me say thank you in Spanish and hold a conversation with him. I can’t imagine how awkward that long walk up the stairs would’ve been if we had just walked in silence as he lugged my heavy bag and just smiled to try to express my gratitude. Actually, I can imagine what that would be like. I recently went to Korea for two weeks and, despite my parents being Korean, I speak very little of it myself. I had too many moments in elevators and the metro just hoping no one would talk to me so that I wouldn’t have to do the embarrassing “uh..um…yo no hablo…I mean..I don’t speak Korean—ack, sorry, bye!” as I sprint away, red faced and embarrassed. I still ate all the foods I wanted to eat and did all the fun, touristy things I wanted to do. But I missed out on a lot, and I was aware of that every day I was there. It was nothing like what I experienced in Brazil and Costa Rica. Language opens up doors, if nothing else, because it shows that you care, that you tried, that you’re not just there to take pictures and leave. You could see nice pictures of a country without leaving your laptop. But if its experiences and people that matter to you, language will get you there.